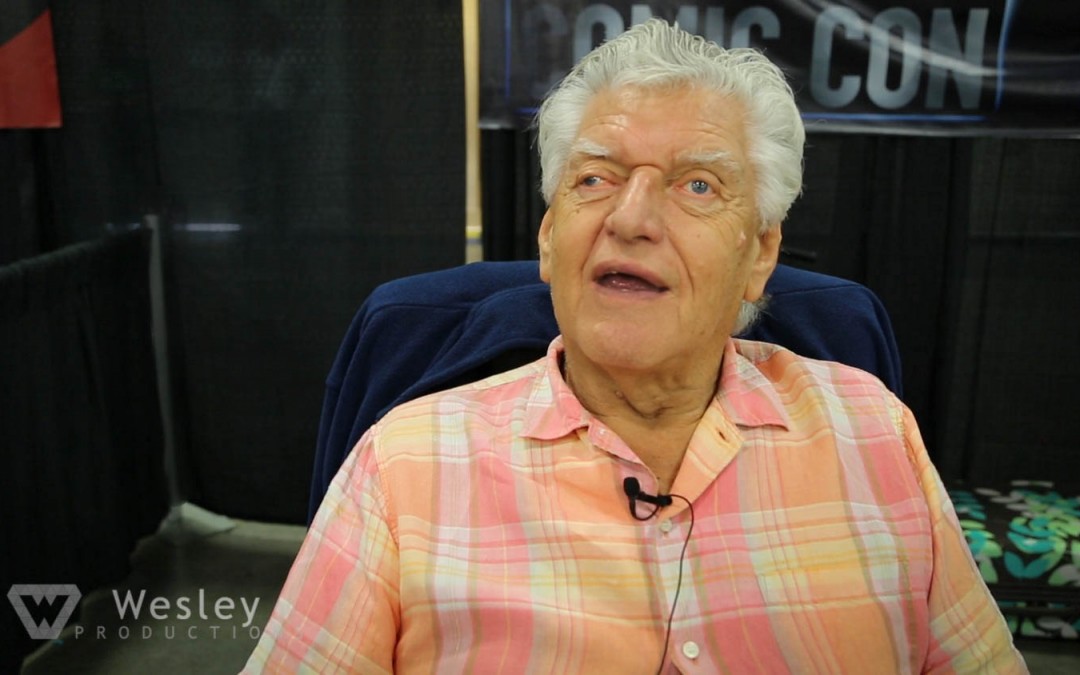 David Prowse got his first acting break because of his big muscles. That’s right, the guy who played Darth Vader was a bodybuilder. That’s what it takes to rule an entire empire.

Not only did David win many bodybuilding championships but also helped train Christopher Reeve to play the Superman and Cary Elwes (Westley in The Princess Bride) for his role.

Wesley Productions has been told that this was David’s LAST convention to visit. He has spent much of his life supporting his fans. However, over the past 14 years, David has had life-threatening health issues. We are grateful for David’s willingness to answer our questions.

David also appeared in the 1967 Casino Royale, A Clockwork Orange, and over 65 other films and TV shows.