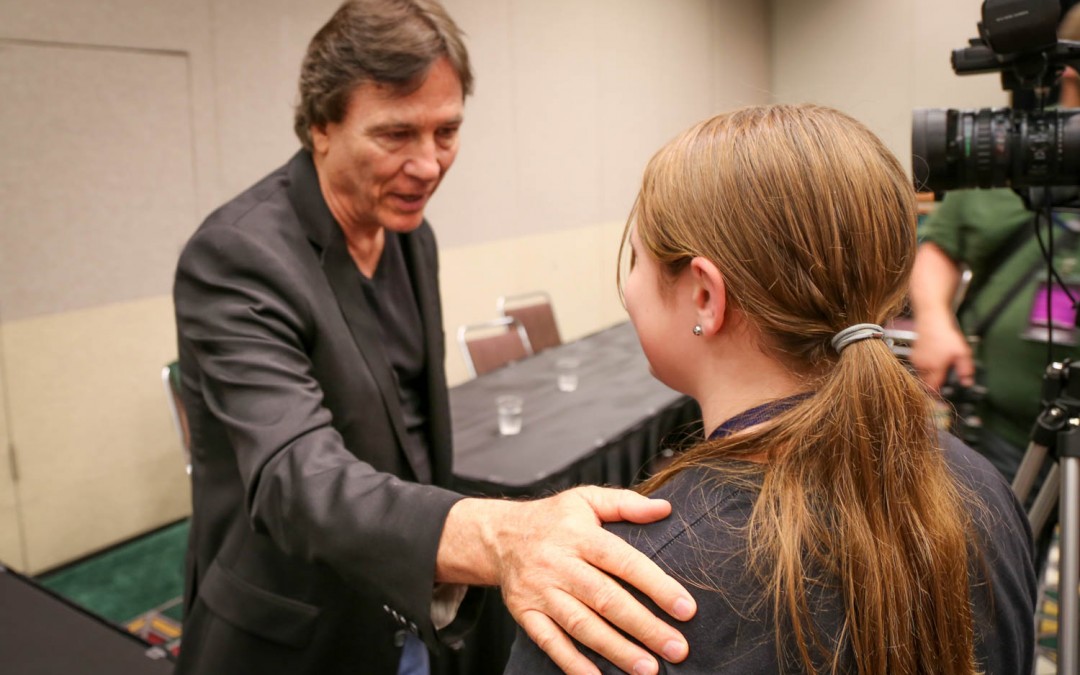 Wesley Productions caught Richard Hatch during a media event at SLC Comic Con. We had a fantastic chat and one of our camera guys, Brandon, caught this on camera!

Richard Hatch is known for his 1978 role in Battlestar Galactica as Captain Apollo. In 2004, Richard returned to Battlestar as a politician known as Zarek.