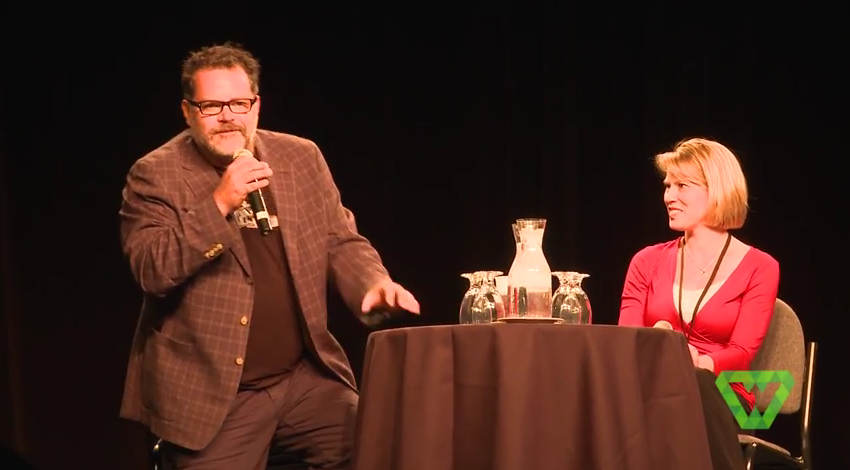 Ever wonder what’s really in the cockpit of a viper? Did you know that Katee Sackoff really is a girl? Aaron Douglas shares it all.

In the video he talks about an experience when his son, at the age of 9, visited the set of Battlestar Galactica for the first time. Aaron also dishes on fellow cast members, Katee Sackoff and Edward James Olmos and how he landed the role of Chief Tyrol.

Born in the Great White North (Canada, for those of us who aren’t from that local), Aaron stated how much he really loves Salt Lake City, comparing it to Canada.  He also quoted his friend Nick Bishop (an Australian actor), saying, “it’s sort of like taking a city from the Commonwealth countries and plunk[ing] it in the middle of America.”

Since beginning his major acting career in 2000 with the TV Movie, “The Inspectors 2: a Shred of Evidence”, Aaron has appeared in well over 80 TV series and movies. A brief list of these appearances would include, “Dark Angel”, ” Stargate: Sg-1″, ” X-Men 2″, ” Andromeda”, “The Chronicles of Riddick” and, of course, Battlestar Galactica. Here’s a bit of trivia about Aaron Douglas’ normal audition process.  He will often audition himself by reading scripts for other people while they are competing for different movie roles. He says that in the hours he spends working with the directors, in the audition room, the directors get to know him and tend to give him little parts as “gifts”.

In April 2014, Salt Lake held its first Comic Con FanX. The Fan Experience brought in many guests, artists, and celebrity visitors. As a result, over 100,000 excited people attended the quickly growing convention in the heart of Salt Lake City, Utah. Making it the 3rd largest Comic Con in the world. We appreciate Aaron Douglas taking time away from his family to visit our city and spend time with his fans.